Dating in 2022 is as chaotic as it’s exciting. To top it off, getting ghosted or ghosting somebody brings a new perspective into the mix. Chances are you’ve been on the receiving end or even dished it out but not to worry, it’s normal. Or at least that’s what we tell ourselves.

It goes without saying that the idea of being ghosted sends chills of insecurities and questions our way. Like why would someone think complete silence is a great form of communication? and what about you was so unappealing that warranted a full on Casper block out?

Well, we’re here to help. First off, let’s answer the golden question. Okay that’s an exaggeration but for anyone who’s on the curious train…here’s what you need to know.

Ghosting is simply a disappearing act. It’s cutting a person off without any form of explanation. No text, calls or face-to-face conversations…just icing the person out without giving them a reason. It’s probably the worst way to end a relationship, especially when it’s been a long one.

To help you move on and understand ghosting a little bit better, we’ve come up with a list that can help.

Check out 6 reasons why people get ghosted…

1. They’re just not that into you

Yep, this is a harsh reason but it’s a possibility. They might have just lost interest halfway into your interaction and don’t find you as attractive anymore. Instead of feeling bad about this, remember that everyone has a preference and it’s okay to not have particular qualities a person wants. It doesn’t mean you’re not good enough. It’s the same way you’d necessarily not go for every Kunle, Chidi or Ahmad.

It’s really not you, it’s them. Being ghosted sometimes isn’t about you not being their perfect match or being compatible. A lot of the time, it’s as result of the person being unsure about what they really want in terms of commitment or otherwise.

This isn’t completely a bad reason to be ghosted but it’s an annoying one. Not being emotionally available is simply not being open to discussing or sharing one’s feelings. Having high romantic expectations with somebody like this is a dead end, because intimacy is not on their list of to-dos.

4. They have a lot of options

If you ever come across a person that makes this obvious to you in a relationship or situationship…Run o! Especially, if you’re emotionally sensitive. These ones most likely have a roster and you’re nothing but a number on their list of potentials. Now this isn’t a bad thing but it sucks when they’ve led you on to a certain point and just ghost all of a sudden.

5. They don’t see things working out with you

Yeah, this one hits a little bit harder. You might have been ghosted because your potential boo sees that there’s no future with you in it. And to be honest, this isn’t a bad thing because it saves your time, and you can move on to someone who’s on the same page with you.

6. They’re protecting themselves, and sometimes you

Maybe they’ve been hurt before and haven’t healed completely so they don’t want to dump their baggage on you. Everybody has that one relationship that makes or breaks them. So don’t beat yourself up about being ghosted in some situations, it might just be for the best. 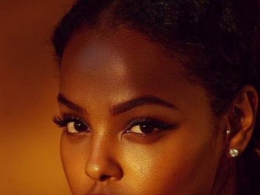 #TBH: My Boyfriend Gave Me An STD So I Got Him Fired 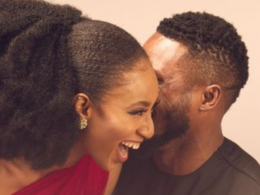 If you’re attracted to someone that’s into you, then consider yourself lucky. Why? The single pool can be…
byLu 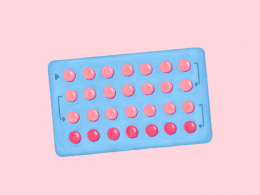 #TBH: I Tampered with My Girlfriend’s Birth Control Pills 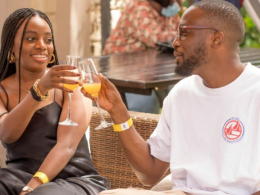 Exciting Stuff To Do in Lagos With Your Friends

The city of Lagos never fails when it comes to enjoyment. In other words, there’s a plethora of…
byLu