Nollywood is having its grand moment right now. From action packed blockbusters like Brotherhood to Kunle Afolayan’s recent period piece Anikulapo, the industry is on a hot streak.

However, one thing Nollywood is successfully doing is sparking conversations about men. In other words, the “men are scum” narrative has become a recurring theme in the industry. Whether it’s in romantic situations, or otherwise, there’s a little bit of reality within these flicks. They make us question power dynamics and societal gender roles that have been  forcefully enforced or subtly conditioned.

We already live in a country that shuns women and treats them like less so it’s no surprise that movies as art are imitating life in interesting ways. Even more exciting, it’s happening in an era where women know their rights and are openly calling out and recognizing the power play.

It almost makes you question if filmmakers know what they’re doing by shedding light on toxic masculine traits.

You don’t believe us? Well, we’ve got a list to convince you.

Check out 5 Nollywood movies that scream “Men are Trash”…

Anikulapo, an epic film by Kunle Afolayan is a recent crowd favorite in Nollywood. Basically, it tells the story of Saro, a man seeking greener pastures, but his affair with a king’s wife leads to his untimely death. Not to give away too much information, Saro’s womanizing ways and ego trip mirrors what most will say is a Nigerian Yoruba man’s lifestyle.

If you’ve not seen this Netflix series by now, then Nollywood hasn’t charmed you enough. In addition to its beautiful take on friendship with the lead characters, the limited series follows a mess caused by a male character’s abusive ways. It showcases a disgusting sense of entitlement and control some Nigerian men use as an excuse to torture the women they claim to love.

With its rugged and funny plot, this 2020 Nollywood film projects the cunning and selfish ways of some typical Nigerian men. Deyemi Okanlawon’s character “Femi Stone” does this effortlessly as he swindles his good-hearted gangster love interest.

Although Kambili is a movie that follows a 28-year old woman finding self-love, its main plot is triggered by a condescending lover. Firstly, you can see how he uses certain words to downplay her abilities, and then goes on to manipulate his way back into her life using her weaknesses.

Citation tells the story of a female student in Nigeria taking on an academic establishment when she reports a popular professor who tried to rape her. This movie in particular, is an important artifact in Nollywood because it’s based on the real life experiences of a lot of young women in Nigerian universities. 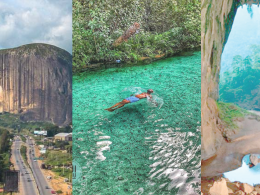 Yet another Friday is here again! We’re all going to that good ‘relax and chill’ period again, and…
byOlamilekan Olajubu 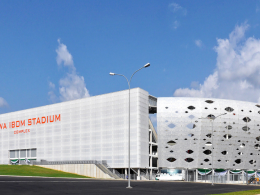 Nigeria as a country, is one that tells the history of power, people and perception. And one of…
byLu 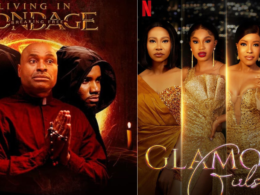 Old Nollywood Reboots on Netflix Versus Creativity in The Industry

If you’re a movie buff, the recent wave of Nollywood reboots might leave you with mixed feelings. On…
byLu

Get notified on more stories