L’Oreal, Vogue, Avon, Christain Dior, Sephora, Target, Macy’s; You just name it, she already did it.

A woman who became one of the youngest chiefs in Nigeria; Agbani Darego was born on 22, December 1982, few days before Christmas as the sixth of eight children in Lagos State Nigeria before moving to Port Harcourt with her family when she was two years old.

At a young age(10years), young Agbani had to be taken to boarding school so she could be shielded from seeing her mother’s illness (breast cancer). Within two years of joining the boarding school, her mother would go on to give up the ghost.

As a teenager, young Agbani Darego longed to be a model, against the wishes of her conservative father and auditioned for the Mnet Face of Africa Modeling competition, but she wasn’t chosen as a finalist.

Her time however came in 2001 when she was crowned Miss Nigeria at the Silverbird Television MBGN pageantry. Later that year, Agbani would go on to contest in the Miss World beauty pageantry and claim the much-coveted title of Miss World 2001.

Miss Darego was the first indigenous African to claim this title, as previous winners from South-Africa and Egypt weren’t indigenous natives of African descent.

This win, it is believed, is one that was unprecedented as most predictions believed she had just a 66-1 chance of being crowned Queen, however, black Agbani Darego with skin as dark as a crows’ was able to beat everyone’s imagination and emerge the winner of the much-coveted pageantry title.

Agbani Darego has gone on to judge numerous pageant shows, including Miss World 2014, and currently, runs her denim range AD by Agbani Darego.

The queen with skin as dark as a crow is our #WiM for today’s episode of Gender Convos.

Elon Musk 9 tips for keeping in mental shape and staying successful. You could swipe some ideas from them yourself!
bychatsandbanter 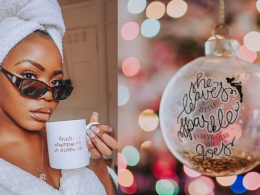 How To Enjoy Christmas…Even If You Hate It

Christmas is in three days, and you’d be shocked at the amount of people who aren’t looking forward…
byLu
1 share
1
0
0 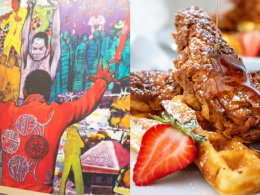 Brunch Crawls & Roller-Skating: Check out 5 Exciting Things To Do In Lagos This Weekend

It’s a weekend and you know what that means! Relaxation, fun and a reset. Well, maybe not for…
byLu
1 share
1
0
0 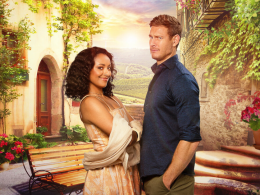