It has always been the case that when social media platforms are pitted against each other, loyal users will highlight the strengths of the platform they use in a bid to give a convincing opinion and win the argument. It’s not even uncommon to go deep, digging the flaws of the other… anything to make the platform you use look good.

In this article, I will put these two messaging platforms (WhatsApp and Telegram) against each other, looking at key areas and how they affect users; let’s see what ticks most of the boxes in the end.

Well, we all witnessed the security scandal that affected the Facebook-owned platform in 2018. A data breach so massive named Cambridge Analytica.

However, that’s not to say Telegram hasn’t had its own name in this black book. Given that Telegram’s one-to-one messages aren’t encrypted as encrypted by default as we have in WhatsApp, it’s easy to say the platform also fall short in this area. Although because the user base is right now significantly smaller than WhatsApp, the security abuse isn’t too obvious.

As for privacy, we’ll give it all to Telegram without Question.

WhatsApp is notorious for collecting an endless list of data from its users and using it to serve Facebook Messenger ads. Yes, it’s listed in their T&C that they collect this data to serve ads better on Facebook, but there have been speculations that this messaging platform collects more data than is needed to serve ads.

On the other hand, Telegram neither collects data to serve ads nor do they need anything that raises eyebrows as an invasion of privacy.

Looking at features and functionality, we could say they are evenly matched.

WhatsApp can do some things that we only hope Telegram will do with subsequent updates. Telegram, too, has got its own strengths that would make some users prefer it over the former.

While WhatsApp groups will max out at 257 participants, and the maximum transferable file size is 50MB, Telegram groups can take up to 100,000 Participants, and users can transfer files up to 1.5 GB. You can see a full Feature comparison here.

Looking at the volume of users on each platform, we will be quick to give it to WhatsApp.

Although Telegram is a fast-rising social media platform, its user-base hasn’t gotten to the WhatApp level yet. The number of active users on WhatsApp is (as of 2019) estimated to be above 1.7 billion, whereas Telegram recently (2021) had a surge of users that saw it increase to about 700 million. This gap in users’ volume translates to the level of outreach one can have while using either of the platforms.

To wrap it up, my honest opinion would be to use the app that best suits your need.

If you’re craving for privacy, then Telegram should be your thing. However, if you’re more concerned about your business being accessible to more clients, getting a WhatsApp account is the best choice.

The aspect of functionality will also depend on what you aim to do on the platform.

You might as well sit on the fence and use both… It doesn’t really matter as sooner or later, both platforms might just copy a lot from each other with subsequent updates, you probably wouldn’t even know the difference! 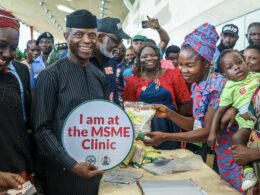 MSMEs are the backbone of the world's industry, accounting for 90% of businesses all over the world. Take more look into the statistical data of MSMEs in Nigeria and the issues that plague this industry.
byOlamilekan Olajubu 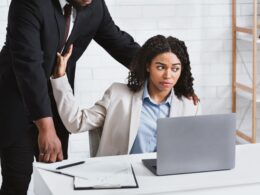 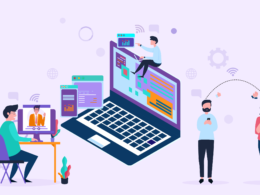 The Role Of ICT in Cybersecurity

If you’ve worked for an enterprise organization, you know they take cybersecurity seriously. They might have a team…
bychatsandbanter 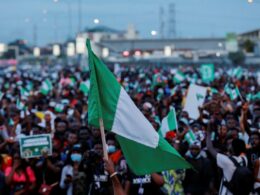 My Dear Country, Get Well Soon

My dear country get well soon! Your life has been very turbulent and plagued by trials and tribulations.…
bychatsandbanter